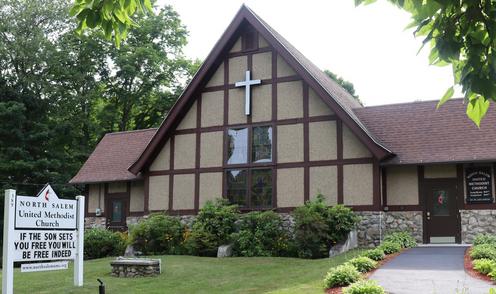 Matthew, Mark and John all record in their gospels about an immensely well known act of Jesus walking on water. This walk on the churning waters of the Sea of Galilee, rescuing his disciples traveling in a relatively small, open boat and calming the waters in the process speaks of more than just what might first appear. I will explain.

We all know that Jesus spoke and taught using parables. However, not all realize that nearly all of Jesus’s acts and miracles were also parables -- physical acts with deeper meaning within and behind the act than the act itself obviously presents. Let’s consider the miracle above as reported by Matthew.

After feeding the 5000+ in a desolate place, Jesus sends his disciples ahead of him from the “land” in a “boat” on the “sea” against a strong “wind” to the other side while he, alone, ascends a “mountain”. Such seems all rather straightforward and normal, but there is a bit of biblical symbolism in that scenario.

To begin, starting in Genesis 1:9-10 one can find the first inkling of “land” or “earth” being symbolic of the Land of Israel and/or of Abraham and his descendants through Isaac. (To see a detailed explanation of that symbolism                  and read “Part 5 -- Day Three” of an essay titled, “Days of the Lord”). But, in lieu of that, take my word for now that “Land” is a frequent biblical metaphor for Israel.

Secondly, a boat can also be a symbol for the Church                  to read and excellent article by Rev. Dr. Mark Ralls, senior pastor of First United Methodist Church in Hendersonville, N.C. on how a boat is likened to the Church. Remember Noah and the Ark?)

Thirdly, the “sea” is definitely a symbol for humanity, and in particular, for the gentile component of humanity (whereas land is of course symbolic of Israel). Revelation 17:15 is an example of “waters/seas” being symbolic of humanity when an angel explains a vision to John, the writer of the Book of Revelation: “The waters you saw...are peoples, multitudes, nations and languages.” Psalm 65:6-7 likewise illustrates the water/people metaphor:“...the one who by his strength established the mountains...who stills the roaring of the seas, the roaring of their waves, the tumult of the peoples,”

“Wind”, of course, is a biblical symbol for spirit. In the case here, this wind, or spirit, is in opposition to the progress of the disciples and their boat - and it is a strong wind.

And lastly, a mountain frequently symbolizes a kingdom or government. Isaiah gives us an example of such a symbol: “And it shall come to pass in the last days, that the mountain of the LORD's house shall be established in the top of the mountains, and shall be exalted above the hills; and all nations shall flow unto it.” Isaiah 2:2.

So, we see Jesus in Matthew’s record sending his disciples out on their own from the land (Israel) in a boat (the Church) upon the sea (humanity -- primarily gentiles) while he, Jesus, leaves them, going up a mountain (the kingdom of God/Heaven). Now we can see this miracle has a whole different message than just Jesus performing a miracle.

We can now see the Church, on its own after Jesus returns to his Father, trying to navigate a very rough sea of humanity against a harsh wind (the worldly spirit of anti-christ) and not fairing too well. And, as Jesus promised, he returns to “rescue” the  Church at a very stormy point, perhaps a terminal point, as the crew of the boat, Jesus’s disciples, fear all might be lost. Of course, the disciples even though they see Jesus returning “walking astride” the churning mass of humanity, they cannot believe what they see. It is just too fantastic and unnatural to believe and accept. And, even more importantly, what they were seeing was not how they expected to see their Lord return from his journey “up the mountain.”  Yet, in spite of the unexpected manner of his return, there is a desperate glimmer of hope that who they see is whom they expected at some point to rejoin. Here, Peter takes a monumental step of faith. But, Peter is distracted and intiminated by the ongoing turmoil raging around him and is again overcome by the roaring tempest, the social upheaval of humanity, that threatens to swamp the boat (Church). And it is Jesus, returning in a most unexpected, unconventional and supernatural way, it is he who calms the sea (human social upheaval) overtaking the boat (Church) saving them all.

This miracle of Jesus walking on a turbulent sea is undoubtedly a foreshadow of Christ’s second coming to receive (rescue?) his bride, the Church, and to suppress a roaring, defiant humanity which the Church appears to have had no or little influence over (if it ever did at all). Without the intercession of the returning Christ, the Church would/will more than likely not survive the constant and increasing ragings of this defiant world.

Yes, it is true. Jesus’s miracles were not to demonstrate his being the Christ. In fact, Jesus himself stated there would be no signs given whatsoever to “prove” he was the Christ. He responded to such requests by saying: "An evil and adulterous generation seeks for a sign, but no sign will be given to it except the sign of Jonah.” (Matthew 16:4).  As previously stated, Jesus’ miracles were parables in action, actions to communicate God’s plan for His Elect; and in such a manner as to veil it from those “...which have eyes, and see not; which have ears, and hear not:” (Jeremiah 5:21).  The sea is getting rougher and rougher as of late. We would do well to keep a keen watch through the storm as we fight an increasingly strong headwind.

The disciples in the boat that night panicked when they saw their Load coming to them in a totally unexpected and unbelievable way -- a way contrary and unimaginable to anything they had ever experienced or imagined. I suspect our Church, Christ’s Church, will do much the same when he appears to save his elect. I suspect our Lord’s return may well be in a manner we will just find near impossible to fathom. However, of this we can all be assured; his appearing will be visible to all: "every eye will see him, even those who pierced him"; and all peoples on earth "will mourn because of him." So shall it be! Amen.” (Revelation 1:7). I for one, truly hope I will have at least a bit of Peter’s courage to “step out” when he appears, and not cower in fear and uncertainty. The Lord is coming back, and very soon indeed! I have little doubt his return will be in a manner utterly frightening, utterly mind boggling -- if only in the simple fact of its happening. It is my prayer now that our Father in Heaven will enable all of his people then to overcome both our fear and our disbelief to enthusiastically respond to our Lord’s shout in the night!

And, may he come sooner than later.