“Remember the Sabbath day, to keep it holy.  Six days you shall labor, and do all your work; but the seventh day is a Sabbath to the Lord your God; in it you shall not do any work, you, or your son, or your daughter, your manservant, or your maidservant, or your cattle, or the sojourner who is within your gates; for in six days the Lord made heaven and earth, the sea, and all that is in them, and rested the seventh day; therefore the Lord blessed the Sabbath day and hallowed it". (Exodus 20: 8-11 RSV)

Consider this -- the first three Commandments focus on God Himself:

“I am the Lord your God, who brought you out of the land of Egypt, out of the house of bondage.  You shall have no other gods before me."

“You shall not make for yourself a graven image, or any likeness of anything that is in heaven above, or that is in the earth beneath, or that is in the water under the earth; you shall not bow down to them or serve them; for I the Lord your God am a jealous God, visiting the iniquity of the fathers upon the children to the third and the fourth generation of those who hate me, but showing steadfast love to thousands of those who love me and keep my commandments."

“You shall not take the name of the Lord your God in vain; for the Lord will not hold him guiltless who takes his name in vain".  (Exodus 20:1-7 RSV)

“Honor your father and your mother, that your days may be long in the land which the Lord your God gives you."

“You shall not kill."

“You shall not commit adultery."

“You shall not steal."

“You shall not bear false witness against your neighbor."

In biblical interpretation the number "3" frequently represents God.  For example, only God is ever referred to as " Holy, Holy, Holy".  God is understood by many as the Trinity.  And when God visited Abraham to inform him that his aged wife Sarah would conceive, God appeared in the form of three men.  These of course are just a few examples of how the number "3" represents God in Scripture.

Similarly, in biblical interpretation the number "6" represents man.  Man was created on the sixth day, and man's work was determined by God to be confined to six days.  Moreover, in the book of Revelation the number of the beast is referred to as being the number of a man calculated as 666, man attempting to be God. (Rev 13:18)

Jesus declared that He is Lord of the Sabbath (Matthew 12:18, Mark 2:28, Luke 6:5).  Jesus is in fact Lord of the Sabbath -- and He is even more!  Jesus IS the Sabbath.  He is the one and only one who can, and does, join us to God.  The Fourth Commandment reveals to us that we must rest from our own work to reconcile ourselves to God. For striving to "work out" our own salvation will only result in failure and eternal death.  The Fourth Commandment also reveals to us that as we rest from our own labors at reconciliation we may enter into the rest that Jesus offers, and assuredly rely on His redeeming and reconciling work connecting us to God, and then as a gift, receive the promise of eternal life. (Romans 6:23)

It is no accident that Jesus restored so many to physical wholeness on the Sabbath.  Such was a demonstration of who He was and is, and that it is through Jesus, our God given bridge to the Father, that we will ultimately be made eternally whole physically and spiritually - and that to occur on God's Holy Seventh Millennial Sabbath Day. (If you are unfamiliar with God's Seven Thousand Year Week and His Seven Thousand Year Plan for humanity, please see here...)

And, of course, as when any one or all of God's Commandments are examined, it is important to note that the Ten Commandments, unlike the handwritten Law of Moses, are the only Commandments spoken directly to the people of Israel by God, face-to-face, and then written by God Himself, with His own finger into stone. (Exodus 20:1-22, 31:18, Deuteronomy 5:4,22-23)  Moreover, also unlike the Law of Moses and as declared by Christ himself, it has been determined that God's Ten Commandments will stand unchanged until heaven and earth shall pass away; and that any who teach otherwise will be called least in the kingdom of Heaven. (Matthew 5:18-20).

It is sure, this is just as God had planned since before the beginning of Creation, and then though Jesus, caused it to be. 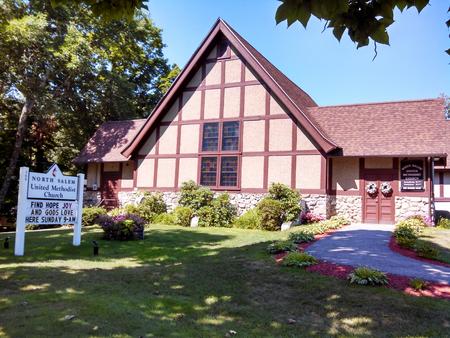