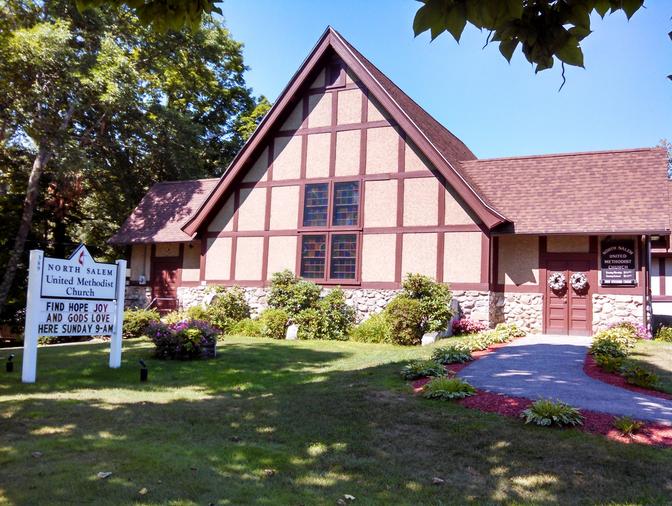 A View From The Pew!

This Sunday’s first Scripture reading, Acts 16:9-15, touched on one event during Paul’s 2nd Missionary Journey (he had three.)  That event is the “conversion” and baptism of a Philippi woman named Lydia. And, there are three parts of that event that I find curious, indeed

The first part is Paul’s dream. He has a dream that a man of Macedonia is calling Paul to come to his region to “help” them, the Macedonians, in some way. This man is never identified nor is he ever referred to again. My unanswered question is who is the man and why do we never learn anything about him? Yes, that strange man is a curious thing; for I believe nothing in Scripture is written without purpose, that nothing is written without some direct or indirect witness to Christ. Ah, but I am at a loss in the matter of the man from Macedonia. What could he possibly represent or indicate? I am open to any and all insight to this matter. Please feel free to share with me what any of you might think regarding our Macedonia friend.

The second part of this story that arouses my interest is how Paul and his friends, Silas, Luke and Timothy, attribute everything they experience leading up to the dream and their going to Macedonia to the Holy Spirit exclusively. Paul’s original plan was to go into Asia and preach the gospel there. But Paul claims the Holy Spirit blocked him from going that way, and instead, and in a very real sense, herded him and his friends to Philippi. Very few of us today acknowledge the power of the Holy Spirit in such an all inclusive way. Very few of us say, or even believe, that we will do this or that only should God be willing that it be such. For sure, most of us simply go along in our lives believing a trip to Market Basket, CVS or the local park has nothing to do with the will God but with what we have determined will be our action at any given point in time. No, most of us simply don’t attribute our every waking, and sleeping, moment to the influence and control of God. Perhaps this is a deficiency in our particular Christian walk. Who of us can say exactly? But for sure, Paul and his friends attributed everything they experienced, said and did to the power of the Holy Spirit. They were utterly under the influence of God, Christ and the Holy Spirit -- and unashamedly so!

The third thing in this story of Paul’s experience in Philippi is the woman, Lydia. It is never mentioned if she was a gentile or a Jew. Yet, and for some reason, she is assumed to be a gentile -- and that, perhaps, simply because she lives in Philippi?  However, it is curious why a gentile woman, a woman not Jewish, would keep the Seventh Day Sabbath; the day declared by God as a day of rest and a day most indicative as to one being a Jew. For gentiles of the Roman Empire, especially of Greek culture, the first day of the week, Sunday, would have been their natural day of worship -- they were Sun worshipers, and they worshiped on the first day of the week, the Day of The Sun, a day the Emperor Constantine would one day declare as the Venerable Day of the Sun.

So, was Lydia a gentile? Was she a Jew? Or, was she a gentile drawn to the God of the Jews, and perhaps, a gentile who was possibly heading to a Jewish conversion as it was? To be true, the passage does not answer any of those questions unequivocally. But the passage does give us a wee hint to the third possibility; that Lydia was a gentile who was drawn to the God of the Jews and that she was heading to Jewish conversion.

The reason I say this is because of Lydia having to “negotiate” with Paul and his Jewish friends to enter her house and partake of her hospitality. It was culturally forbidden for a Jew to enter into a gentile's house or to eat with gentiles.  It appeared that Paul and his entourage were reluctant to enter her home and indulge in her hospitality. For it was written, “And when she and her household were baptized, she begged us, saying, “If you have judged me to be faithful to the Lord, come to my house and stay.” So she persuaded us.” (Acts 16:15)

Yes, Lydia had to “beg” the Jews to acknowledge her as a faithful child of God, one now adopted and accepted, through baptism with Christ, into the family of God by God Himself. And, it would appear, that challenge was enough to motivate the Jews -- Paul, Sila, Luke and Timothy -- to enter her house contrary to Jewish “tradition.” Yes, perhaps Lydia was a gentile believer after all.

It would also appear that Paul was as guilty as Peter was in his behavior towards gentile converts. He had to be begged to enter Lydia’s house? Obviously, Lydia had experience with Jewish prejudices and expected some reluctance on the part of the Jewish group on entering her house. (A gentile house?). And thus, she presents her astute challenge:“If you have judged me to be faithful to the Lord, come to my house and stay.”  And that may have been Paul’s epiphany as to his understanding of the oneness of God’s Church. Perhaps Lydia converted Paul as much as he converted her. Perhaps it was then that Paul realized there was no longer Jew and gentile; no longer freeman and slave; no longer man or woman but that all are one through Christ. That would be quite the epiphany, indeed!

Hmmmm…maybe that is the message the man from Macedonia was really directing Paul to understand.

See here for the current worship bulletin for this Sunday

The NSUMC has recently instituted an Online Giving Portal where anyone may electronically make a gift or offering to the NSUMC via Credit Card or directly from a bank through a Checking Account or Savings Account. To make an electronic donation, for any purpose -- Benevolence Ministry, Building Fund, Pledge offering or whatever, please click the secure link below and follow the prompts to make a one-time or reoccurring donation.

Thank you ever so much for your support!

Something New at Sunday School!

Be sure to check out our Sunday School page to see what's been happening. There are new photos to see of our kids and what they have been doing.

Check out the link below to the Merrimack Valley Life website and to a story about the Stickney brothers of Salem, NH. Anyone who has a history with the North Salem United Methodist Church should find the story presented at the link very interesting. Please check it out and be sure to take note of our own late and great Wally Stickney!

Take a gander of the "Happenings" page to see who have just received their first new Sunday School Bibles!

"The Conversation" that may be of great interest to those familiar with the story of the destruction of Sodom and the rescue from the city of Abraham's nephew, Lot. Both events are depicted in the Book of Genesis. The article is thought provoking indeed. And so with that, everyone is encouraged to give it a read.

This Thursday, May 19th, at 7:00 p.m. the NSUMC will again conduct another of its Biblical Exploration series. This week's Scriptures focus will be:

We will once again conduct this Thursday's session fully virtual. So please note, there will be no face-to-face meeting in the church Fellowship Hall! To join in on Thursday's study, please just click on the Zoom Meetings link below to gain access -- just one click and you're in! Of course, we welcome any new participants to join us as well.

Remember, we will be examining the Scripture passages that will be read at the following Sunday morning worship service. And that, so all may have a clearer understanding as to what will be read and perhaps preached about.
So once again, please see, and utilize, the Zoom Meeting link below to join our meeting, and I look forward to seeing you all at 7:00 p.m. this Thursday evening.